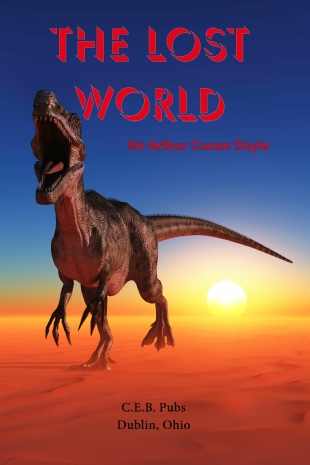 This is the book that introduced Doyle’s second-best known character, Professor Challenger, to the reading public. Challenger is a gruff, combative genius, with a penchant for beating up reporters and throwing them bodily down the front steps of his London home.

One can hardly blame him. His expedition to South America resulted in wonderful discoveries, but most of the physical evidence was lost on the return trip, and no one is willing to believe he actually saw what he saw. A new expedition is organised, and it’s off to South America once again.

At the top of an isolated plateau, the expedition encounters creatures previously believed to be extinct for millions of years. There are also Indians, who are engaged in an ancient war with a vicious tribe of not-quite-humans who take great delight in hurling their captives from the plateaus surrounding cliffs.

This digital edition has been extensively annotated. Published by CEB Pubs.