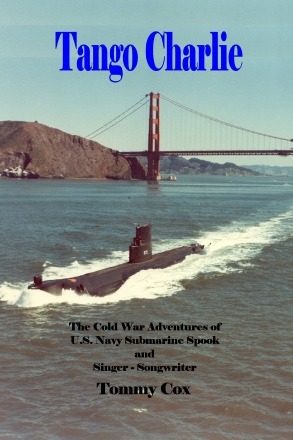 ”Military history is usually written by those who study it and less by those who live it. Tommy Cox clearly lived it. In Tango Charlie, Cox writes an intense, exciting, and insightful account of his years on submarines during the Cold War. Tango Charlie is an informative and fitting tribute to those who served in silence throughout the decades long rivalry between two superpowers.”

Claude Berube, Political Science Department, U.S. Naval Academy, and co-author of
A Call to the Sea: Captain Charles Stewart of the U.S.S. Constitution

A Russian linguist, Tommy Cox spent much of his naval career as a member of the Naval Security Group, riding submarines through some of the most intense period of the Cold War. But the retired Senior Chief Petty Officer is perhaps best known as the creator of a unique genre of submarine music. In addition to his own autobiography, this book contains the lyrics to his best-known songs, coupled with articles on the stories behind the songs.