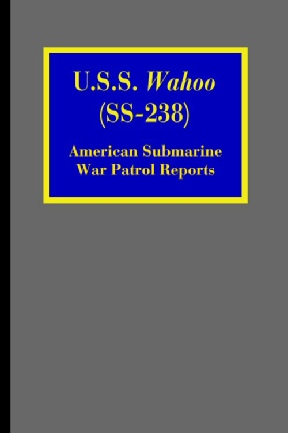 The American fleet type submarine may well have been the single most effective naval weapon of World War II. While the submarine forces never made up more than 2% of the Navy, submarines sank more than half of all Japanese tonnage sunk during the war in the Pacific.

One of the most successful boats, Wahoo was credited with sinking 20 enemy ships for a total of 80,038 tons. This volume contains the complete text of the official reports submitted by her two commanding officers, Marvin G. Kennedy and Dudley W. Morton.

Also includes an Introduction, notes, and other additional material, including an article on the problems with the Mark 14 torpedo, which were to prove so frustrating for Wahoo during her sixth war patrol.